By Alfred Archer and Benjamin Matheson 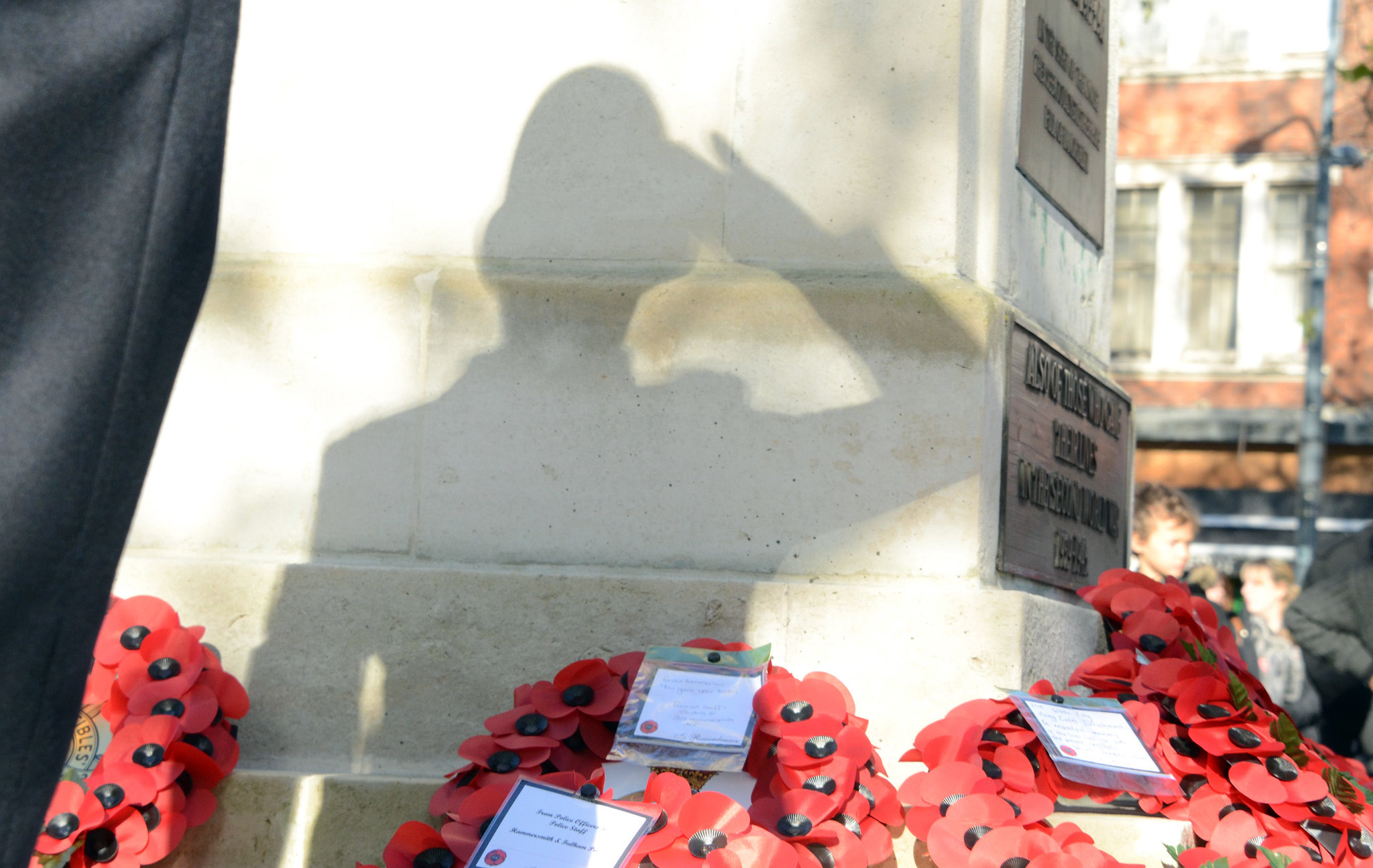 In the United Kingdom, the red poppy is worn to remember those who have died fighting for the British Army. In 2018, over 50 million pounds was raised from sales of the red poppy. According to the Royal British Legion, the makers of the red poppies, wearing the poppy is not compulsory. Despite this, many people in the public eye have been criticized for not wearing one. So much so that in 2006, the news presenter Jon Snow wrote that: “There is rather unpleasant breed of poppy fascism out there – ‘he damned well must wear a poppy!’”. Snow is referring to the phenomenon of pressuring others to wear the red poppy – that is, pressuring others to engage in a commemorative practice.

Snow is not alone in choosing not to wear the poppy. The Northern Irish footballer James McClean also chooses not to do so. McClean cites the Bloody Sunday massacre, which took place in his hometown of Derry, as a key reason for his decision. On Sunday 30th January, 1972, the British army killed 13 unarmed civilians, wounding a further 15, who were on a peaceful protest. These killings were acknowledged as “both unjustified and unjustifiable” in 2010 by the then British Prime Minister David Cameron. Despite explaining his decision in detail, McClean has faced yearly negative reactions in the media and the general public, including hate mail and death threats.

Is there anything wrong with pressuring people to engage in commemorative practices in this way? We will argue that such pressuring is wrong, and that the reason for this is that it can involve a distinctly emotional form of harm.

Let’s first consider McClean’s explanation for why he doesn’t wear the poppy:

I have complete respect for those who fought and died in both World Wars – many I know were Irish-born. … I mourn their deaths like every other decent person and if the Poppy was a symbol only for the lost souls of World War I and II I would wear one. …

But the Poppy is used to remember victims of other conflicts since 1945 and this is where the problem starts for me.

For people from the North of Ireland such as myself, and specifically those in Derry, scene of the 1972 Bloody Sunday massacre, the poppy has come to mean something very different. Please understand…that when you come from Creggan like myself or the Bogside, Brandywell or the majority of places in Derry, every person still lives in the shadow of one of the darkest days in Ireland’s history – even if like me you were born nearly 20 years after the event. It is just a part of who we are, ingrained into us from birth.

… for me to wear a poppy would be as much a gesture of disrespect for the innocent people who lost their lives in the Troubles – and Bloody Sunday especially – as I have in the past been accused of disrespecting the victims of WWI and WWII.

It would be seen as an act of disrespect to those people; to my people.

When the red poppy was first used to remember those who died in war, the main emotional message sent was one of grief and sadness. Over time, however, the poppy has come to express gratitude, admiration, and honour. There is more evidence than we have space to discuss here, but consider the following. The Royal British Legion used to say that the poppy is a, “symbol of Remembrance and hope” but they now say that “Remembrance honours those who serve to defend our freedoms and way of life”. This explicitly mentions honour and seems to imply both gratitude and admiration for those who are being honoured. This comes through even more clearly when we consider how their television adverts strongly imply that British combatants are heroes and that soldiers should be thanked for fighting. This is not to say that such gratitude, admiration, and honour are the entirety of the red poppy’s meaning. It may still also be used to signify sadness and grief for those who have died. Nor do we mean to suggest that no soldiers are heroes or deserving of gratitude. Our point is just that gratitude, admiration and honour now play a more central role in the poppy’s meaning than grief and sadness.

We now can see why it is not objectionable for McClean to choose not to wear the poppy. Its current meaning is one that (among other things) takes all British combatants as admirable just for being British combatants. This suggests that even those British combatants who committed the Bloody Sunday massacre are admirable. This may then send a message of disrespect to Irish Catholics, who were the victims of the massacre. If McClean wore the red poppy, then his doing so could reasonably be interpreted by Irish Catholics as him supporting a message of disrespect to Irish victims of the British combatants. And we think it is clear that McClean shouldn’t be pressured into wearing something that could have a disrespectful message for his community. In other words, poppy enforcement is wrong.

But why is such poppy enforcement wrong? One possible explanation is that pressuring someone to wear the poppy violates their right to liberty. This seems like a natural explanation and it is one that has been touched upon by those commenting on McClean’s decision, such as John Nicholson writing for Football 365:

His yearly decision not to wear a poppy is always contentious for a noisy minority. While most of us feel that the fight for freedom was, at the very least, a fight to not wear symbols you don’t feel comfortable wearing, it has become some sort of patriotic litmus test for others.

According to one version of this explanation, a person ought to be free to wear whatever symbols they choose and so cannot be pressured (professionally or socially) to wear the poppy. While this might explain why it is wrong to pressure Jon Snow to wear a poppy, it doesn’t capture everything that is wrong in McClean’s case. Notice that McClean refers to the disrespect his wearing of the poppy would have. We suggest, then, that the reason it is wrong to pressure people to wear a poppy is that this involves an emotional harm.

One way of understanding this emotional harm is as a violation of affective rights. These are a distinct kind of rights concerning feelings and emotions. It seems reasonable to think that people should be given a certain degree of freedom to determine their own emotional responses to historic events, especially to those as traumatic as the Bloody Sunday massacre. Demanding that McClean expresses admiration or gratitude for the British Army is a particularly crass way to violate these rights.

“The demand being made of McClean can helpfully be understood as a specific form of cultural imperialism regarding emotional experience that we call ‘emotional imperialism’.”

But the problem does not end here. While thinking about this issue in terms of rights may help to highlight the way in which the demand to wear a poppy harms McClean as an individual, it ignores the wider historical and cultural context in which this demand is made. The historical context is one of a centuries-long history of oppression and domination of Irish people by the British: a history that involves colonial rule, state supported murder, suppression of language and religion,[i] discrimination in employment, racist abuse and humiliation and cultural representations of Irish people as drunks and criminals. While it may no longer be acceptable to advertise job vacancies or rooms to let with the notice “No Irish Need Apply”, Irish people in the UK today still often face hostility. Irish people continue to be stereotyped as drunks and the singing of anti-Irish songs at Glasgow Rangers football matches and loyalist marches remains commonplace. These songs include the Famine Song, which mocks victims of the Irish potato famine by calling on Irish Catholics ‘to go home’ because ‘the famine’s over’.

We miss something important about the demand that McClean wears a poppy if we do not understand it against this historical and cultural backdrop. McClean is not just being criticized for failing to wear a poppy, he is the subject of such fierce criticism in part because he is an Irish Catholic who refuses to wear a symbol that expresses admiration and gratitude for British combatants. We can see this clearly from the hate mail McClean received this year calling him a “Fenian sub human b*****d” (Fenian is a slur used to refer to Irish Catholics). Similarly telling are the contrasting reactions to other footballers that make the same choice. Nemanja Matic also chose not to wear a poppy while playing for Manchester United because he claimed, “it is only a reminder of an attack that I felt personally as a young, frightened 12-year old boy living in Vrelo, as my country was devastated by the bombing of Serbia in 1999”. While Matic’s decision was initially criticised, his subsequent explanation seemed to satisfy most of his critics.

The concept of cultural imperialism provides a helpful starting point for understanding the reactions to McClean. According to Iris Marion Young: “To experience cultural imperialism means to experience how the dominant meanings of a society render the particular perspective of one’s own group invisible at the same time as they stereotype one’s group and mark it out as the Other”.[ii] For example, in a homophobic society, the experience of heterosexuals may be taken to be representative of human experience in general, and the experiences of homosexuals marked out a deviant and inferior. The demand being made of McClean can helpfully be understood as a specific form of cultural imperialism regarding emotional experience that we call ‘emotional imperialism’. A core part of any culture is a set of understandings, norms, and values that relate to our emotional lives. Emotional imperialism involves a powerful group imposing aspects of its culture’s emotional norms and standards on another less powerful group.

“Because the red poppy in the UK has come to focus more on gratitude, admiration, and honour than on sadness and grief, it now functions to stop conversations rather than to start them.”

We think that remembrance and commemorative practices ought to be more about starting conversations between communities than about dictating how we should commemorate and who and what should be commemorated. Because the red poppy in the UK has come to focus more on gratitude, admiration, and honour than on sadness and grief, it now functions to stop conversations rather than to start them. We think that McClean’s case demonstrates this. Because communities damaged by war and conflict all have their share of sadness and grief, we think these kinds of emotions are a much better basis on which to start a conversation about the past and about the relationship between previously warring communities than emotions such as admiration and gratitude. And so we think that sadness and grief are a much better emotional basis for remembrance and commemoration.