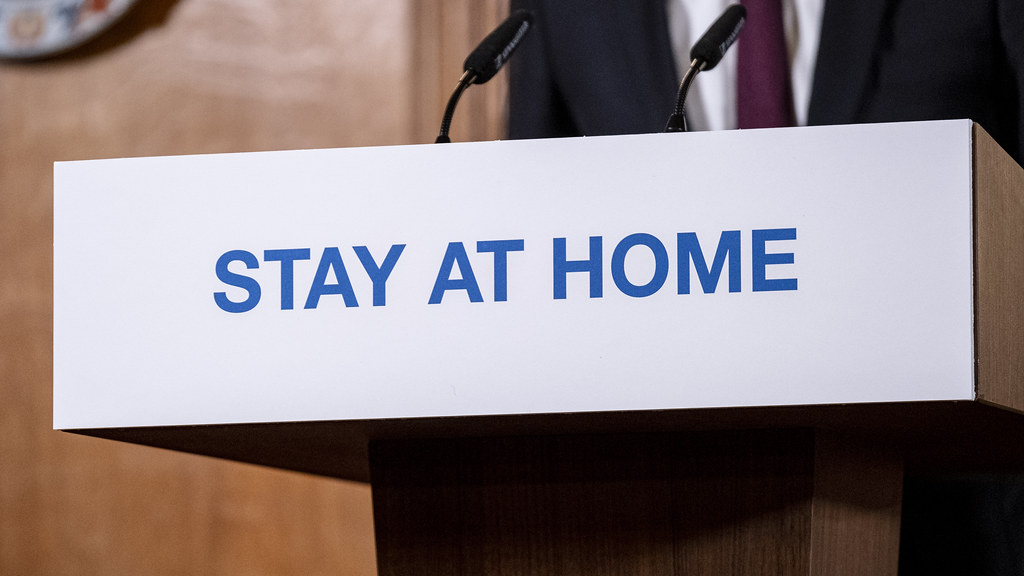 As I write this, COVID-19, an illness caused by the new coronavirus SARS-CoV-2, is sweeping the globe. Over 15,000 people have died, and it is likely that at least one hundred times this many have been infected with the virus.[2]

The outbreak has brought the ethics of quarantine, isolation and enforced social distancing to public attention. Singapore, Hong Kong, Taiwan, South Korea and China have been praised in the press for their rigorous deployment of quarantine and other liberty-restricting measures. By contrast, the US and UK have been widely criticised for their relatively lax approach.

There are differences between quarantine (which applies to individuals who may have been exposed to an infection), isolation (which applies to individuals who are ill) and enforced social distancing (which largely preserves freedom of movement), but for the purposes of this post, I’ll treat all three together under the heading of ‘quarantine’. I’ll use this term loosely to refer to all interventions that significantly constrain a person’s freedom of movement and/or association in order to lower the risk that the person will infect others.

Quarantine, thus understood, restricts the freedom of some individuals—those who are quarantined—in order to reduce the threat that they pose to others.[3] In this respect, it is similar to some defensive measures employed in war (think: imprisoning enemy combatants) and the detention of criminal offenders for the purpose of public protection (think: refusing parole on the basis that an offender remains too dangerous). But the ethical rationales given for quarantine are in one important respect different from the rationales given for these other defensive measures.

Defensive measures deployed in the context of war or criminal justice are often thought to be justified in part on the basis that the individuals who pose a threat to others have committed some wrong that is closely connected to threat.[4] Perhaps, for example, they have come to pose a threat as a result of their own wrongdoing. By contrast, quarantine is usually thought to be justified on grounds that are insensitive to wrongdoing. That is to say, the justifications given for quarantine do not typically make any reference to wrongdoing on the part of the quarantined individuals, or to any factor (such as culpability) that would depend on their wrongdoing.[5]

“Many think of health policy as a realm in which judgments about wrongdoing have no place.”

At first glance, I suspect that this difference will seem natural to many. Many think of health policy as a realm in which judgments about wrongdoing have no place. This can be seen in the widespread acceptance of the view that patients are entitled to necessary medical treatments regardless of whether they wrongfully caused their own illnesses, or of whether treating the illness can be expected to result in their committing a a serious crime.

It may also seem that, if they are to succeed, justifications for quarantine will have to be insensitive to wrongdoing, for the simple reason that most quarantined individuals will not have committed any wrong in connection to the threat they now pose. Most people with infectious diseases became infected in ways that they either could not have been expected to foresee, or could not have been expected to avoid.

On reflection, though, I wonder whether wrongdoing may have a greater role to play in justifying quarantine than is often thought.

In some cases, people surely did acquire their infectious disease through some kind of wrongdoing. They may, for example, have acquired the disease through reckless sexual practices, or unjustifiably refusing to have themselves vaccinated. In other cases, people may continue to exhibit a disease as a result of some wrong, such as a wrongful refusal to employ safe and effective treatments which they have been offered.

Of course, most quarantine measures—including those being deployed against COVID-19 currently—are not targeted at individuals who have committed either of these sorts of wrongs. Still, I think wrongdoing might be relevant to their justification.

To see why, note that quarantine doesn’t normally involve immediately rounding people up and forcibly moving them into a quarantine facility. Often it instead begins with a state demand, with state force entering the scene only when individuals fail to comply with that demand. We can thus distinguish between two elements of quarantine: what we might call ‘self-quarantine demands’ and subsequent ‘quarantine enforcement’.

In the course of the current crisis, for instance, many governments have demanded of some people who may be infected that they stay within their homes for a certain period of time. (As I write this, my own family is halfway through a 14-day period of voluntary self-isolation.) Some states have taken the further measure of using force against those who fail to comply with those demands. (For two examples, see here and here.)

So suppose that a state makes a self-quarantine demand. Perhaps it requires people who develop a cough and live in an area with a high prevalence of COVID-19 to remain in their homes for seven days. Suppose also that this demand is reasonable. But suppose that some people—quarantine-breakers—do not comply with the demand, and are subject to state enforcement: the police forcibly return them to their homes.

In this sort of scenario, all individuals actually subjected to state force—i.e., quarantine enforcement—will be individuals who have previously failed to comply with a self-quarantine demand. In most cases, breaking the quarantine in this way will be morally wrong—in part because it risks the health of others, and in part because it involves a failure to comply with the reasonable demand of a legitimate government. This, it seems to me, might be relevant to the justification of quarantine enforcement. For instance, it is plausible that in wrongfully flouting a self-quarantine demand, one makes oneself liable to forms of state intrusion that would otherwise be unjustified.

What difference might this make in the real world?

First, it might bear on who may or should be quarantined. It will generally be impractical (and undesirable) for public health authorities to make fine-grained assessments of the wrongs committed by individual quarantine-breakers. Such assessments might have to examine, for example, whether a person is flouting the demand because they don’t care about infecting other people, or because they don’t understand that the demand is reasonable (perhaps because they have been fed false information about the disease in question). This would clearly be unworkable. Quarantine measures have to be implemented at a population level, and on the basis of simple and easy-to-apply criteria.

But there may be certain broad generalisations that can reasonably be made by those responsible for implementing quarantine. For example, it is plausible to think that adults who flout quarantine demands will generally have committed more serious wrongs than children who flout them, since adults will typically have both a better understanding of the demands, and more control over their compliance with them. It is also plausible to think that those with ‘office jobs’ that can easily be done from home commit more serious wrongs in breaking ‘stay at home’ quarantine than, for example, do workers on zero-hour contracts in the service sector, given the large difference in the costs of observing quarantine for these two groups. An upshot may be that quarantine enforcement will be especially hard to justify when many of those subject to it are children, and relatively easier to justify when many subject to it are office workers.

“…it is plausible that in wrongfully flouting a self-quarantine demand, one makes oneself liable to forms of state intrusion that would otherwise be unjustified.”

Second—and I think more important—the wrongdoing of many quarantine-breakers may make quarantine enforcement easier to justify than many in the public health community (and, for that matter, the current British government) have assumed. Discussions of quarantine have tended to proceed on the basis that quarantine involves inflicting burdens on innocent individuals, and in part for this reason it has been assumed that quarantine is justified only in extreme circumstances—the justificatory bar is very high. But if the thoughts I offer above are sound, some types of quarantine—those that merely enforce reasonable self-quarantine demands—are in fact imposed on individuals who have typically committed a wrong. This, I think, will lower the justificatory bar, widening the range of cases in which it is permissible for states to enforce quarantine and, indeed, the range of cases in which it is obligatory for them to enforce it.

Whether this will make a difference to the moral status of particular quarantine measures now being implemented, or considered, in relation to COVID-19 will depend, though, on what is morally constraining the use of these measures. A number of different factors have been cited as constraints: that the measures might be unsustainable, and thus counterproductive in the long term; that they might have too-great economic costs; and that they might infringe the rights of individuals. Only the last of these constraints would be loosened by the wrongdoing of quarantine-breakers.

[1] I thank Gabriel De Marco, Katrien Devolder and Romy Eskens for comments on a draft of this post.

[2] It is thought that the virus has around a 1% mortality rate, suggesting that the circa 15,000 deaths caused to date are the result of around 150,000 infections around four weeks ago (there is a time lag of around four weeks from infection to death). Infection is currently increasing rapidly, so we can expect that many more individuals will have been infected since that time.

[3] I mean here that quarantine forseeably harms the quarantined individuals in some respect, not that it harms them overall.

[4] There are complications regarding precisely how we understand wrongdoing. Acting in a way that is, all things considered, impermissible? Infringing the rights of another? Infringing the rights of another without sufficient justification? There are also questions about whether the wrongdoing has to be responsible or culpable or could be blameless. Unfortunately I can’t get into these complications here.

[5] This difference has not eluded theorists of criminal justice. Indeed, the insensitivity of justifications of quarantine to wrongdoing, and thus to moral responsibility for wrongdoing, has made quarantine seem an attractive model for moral responsibility sceptics who nevertheless wish to preserve something akin to contemporary criminal justice practices. Gregg Caruso and Derek Pereboom have both developed the idea that, even if we are never morally responsible for anything, something akin to prevailing criminal justice practices might be justified on the same basis that quarantine is justified.

[7] See, for example, p. 173 of this review article, written by a number of eminent scholars in public health ethics.