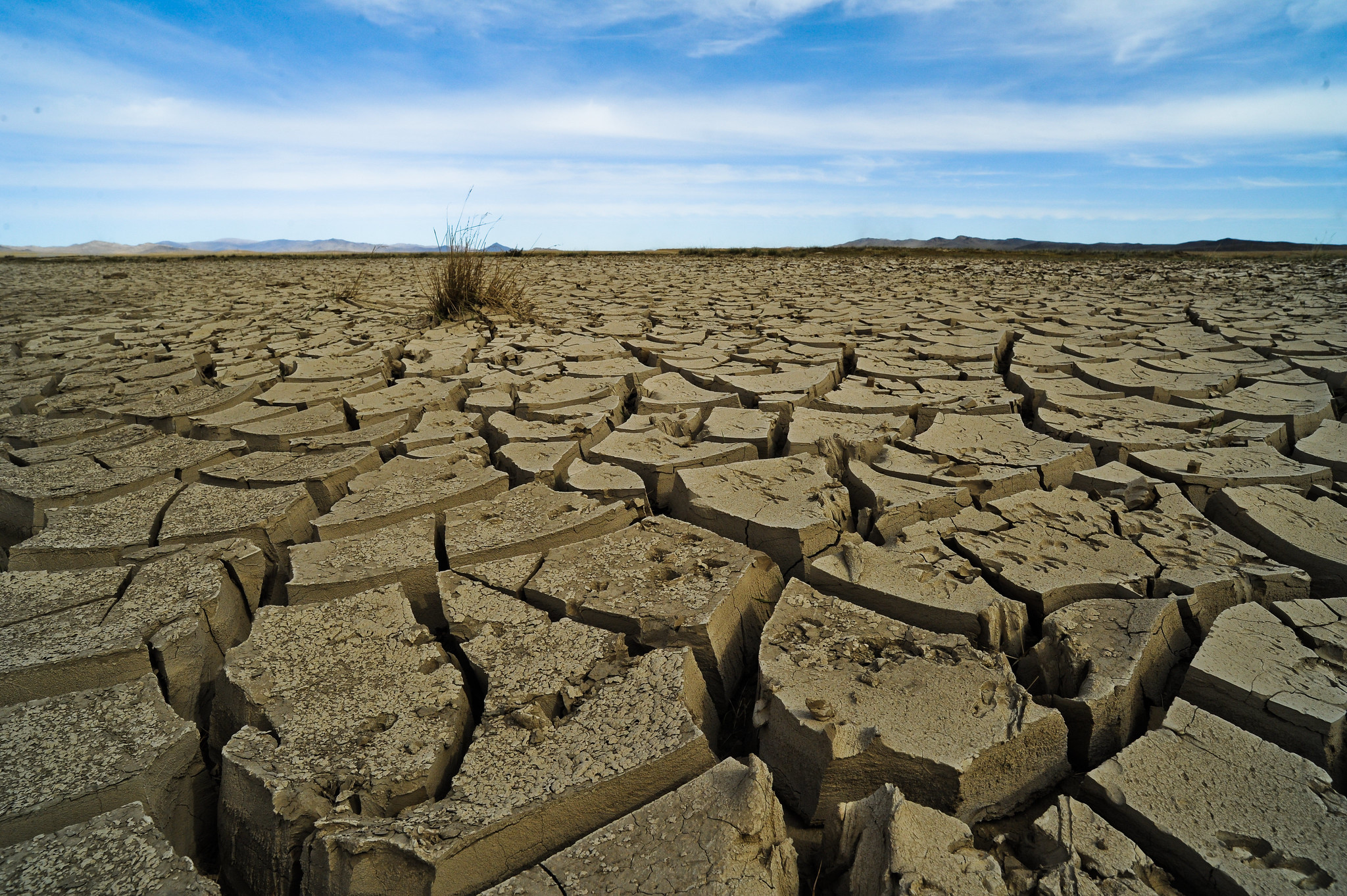 Although the urgent need to take significant action to slow, and ideally stop, climate change is clear to all serious observers, there is currently little reason for optimism about achieving these goals. The U.S. has pulled out of the Paris Agreement, and seems determined to make climate policy worse, reducing emission standards for cars, supporting coal, and so on. China, perhaps motivated by a need to keep domestic growth high for local political reasons, is increasing, rather than decreasing, its coal consumption. The Liberal government in Australia, in turn, seems determined to mine and sell every bit of coal in Australia before taking any significant steps towards addressing climate change. If these developments are not reversed quickly, millions of people will face danger resulting directly or indirectly from climate change. Some significant percentage of these people will be forced to leave their homes – sometimes in abrupt flows, and sometimes in a slow but steady flow. Understanding how this displacement is similar to or different from other forms of non-voluntary migration can help us, both in terms of crafting politically feasible strategies for reducing resultant harm and in terms of deciding what responses are most likely to be effective.

There are as of yet few unequivocal cases of climate change induced migration, but there is an increasing number of situations where it is highly likely that climate change is a significant contributing factor in non-voluntary migration. While it is difficult to assign single causation in any particular case, plausible examples include the contribution of climate change (especially as related to drought and access to water) in the destabilization of Syria leading up to, and continuing through, the on-going civil war and resulting flight by many Syrians; the strong hurricanes that have devastated Puerto Rico and the Bahamas in recent years, requiring significant percentages of the population to flee in search of shelter, medical help, food, and safe drinking water; and in the near future, perhaps, significant internal migration in Australia, as persistent drought and increasingly worse bush fires in New South Wales and other areas drive people away from what was once prime agricultural land. Other cases are not hard to find. Now is therefore a ripe time for thinking about how to respond to the non-voluntary movement of peoples that is likely to increase in response to climate change over the next several years. While working vigorously to slow and reverse climate change would obviously be preferable to taking these measures, and while taking steps to prevent the sorts of damage the climate change will cause will also be necessary, it is important to think about how to respond to the foreseeable movement of people as well.

To understand the difficulties resulting from migration related to climate change, it can be helpful to distinguish different types of movement, each of which may call for a different policy response, and give rise to different duties. These categories are somewhat rough and there will be unclear cases, but the general framework is likely to be helpful for focusing our thinking. I will distinguish between migration that takes place entirely within one state – internal migration which may be of either limited or indefinite duration; migration that requires people to flee from their home state, but where we can reasonably expect the need to move to be of fairly limited duration; and migration which can be expected to be of open-ended or indefinite duration.

As Jane McAdam has argued, a significant amount – perhaps the majority – of climate change induced migration will be, or could be, if responded to properly, internal. People forced to move within their own states because of climate change may face significant hardships, but they have a particularly salient difference from “Convention” refugees. While the Refugee Convention obliges signatory states to not return migrants who face a well-founded fear of persecution on the basis of race, religion, nationality, political opinion, or membership in a particular social group, and who have fled their home state for this reason, people displaced within their home state because of climate change have not crossed an international frontier, and retain, at least in principle, the ability to rely on their own state for support. In practice, such movements of people may still raise significant concern for the international community. First, the largest movements can be expected to take place in states such as Bangladesh, which already have difficulty in fully providing for all of their citizens. Climate change related displacement is likely to further these hardships. Secondly, it is predictable that significant internal migration of this sort – or attempts to stop it via force, as may happen – can lead to growing instability in weak and fractured states, raising the risk of internal disruption, civil war, and cross-border flows. Therefore, states which are able to provide aid in such situations have good reason, both moral and political, to do so.

What form should this aid take? In some cases, the most appropriate assistance will be material and technical aid – food, medical supplies, doctors, assistance in re-building homes and infrastructure, etc. – to allow the impacted state to improve the material lot of its own citizens. Additionally, it will make good sense to provide aid that will help these states mitigate and prevent harms relating to climate change before they happen. Technical assistance on flood mitigation and on new agricultural techniques might be provided, for example. However, there is good reason to think that these steps on their own won’t be sufficient. As Howard Chang has argued, facilitating increased legal migration from countries likely to be effected most severely by climate change can be an important additional way to address these problems. Such migration both provides an immediate benefit to those who move and, through the regular process of remittance, can provide further resources to those who remain, providing more capability to address the problems faced by those who remain.

In some cases, people fleeing the effects of climate change will have no choice but to move beyond the borders of their state, but the particular nature of the harm will give us reason, at least at first, to think that the danger will be of a comparatively short duration. In such cases, the most appropriate response will be to offer temporary protection to those in need and assistance in returning their home state to a condition where it is safe to return to. I have argued elsewhere that in cases like this, “complementary” protection, rather than refugee protection, is the correct response. This sort of protection differs from Convention refugee protection in being limited to a presumptively short period of time, and so may include fewer rights than full Convention refugee protection. For example, because complementary protection is presumptively temporary, those granted it do not need the “durable solutions” of access to permanent residence and accelerated access to citizenship called for by the refugee convention. Similarly, because complementary protection is presumptively temporary, lesser access to social benefits may be appropriate. Given this, we can expect complementary protection to be less burdensome to provide, which might encourage states to be more generous in providing it. However, it is important to see two important conditions on this claim.

First, many current complementary protection programs are not sufficient for the task. In particular, the U.S.’s program of “Temporary Protected Status” is insufficient, in that it only applies to people already inside the U.S. when the danger arises, and provides no “key” to enter for those who need it. This insufficiency was clearly shown by the shameful actions of the Trump administration in response to people attempting to enter the U.S. from the Bahamas after the islands had been devastated by Hurricane Dorian. Even though citizens from the Bahamas could normally enter the U.S. without a visa, the Trump administration took the extraordinary step of preventing those in need of assistance from coming to the U.S. In such a situation, even if Temporary Protected Status had been granted to citizens of the Bahamas in the U.S. (as it should have been, but wasn’t), it would not have helped those who were prevented from fleeing. It is clear, then, that many systems offering complementary protection must be overhauled if they are to serve the needed purpose.

In at least a number of cases, the non-voluntary migration caused by climate change can be presumed to be permanent. The most widely discussed cases likely to fall into this category are the so-called “sinking islands”,  such as Kiribati and Tuvalu, where rising sea levels and decreasing availability of potable water threaten to make entire (small) states effectively uninhabitable. It is also possible that desertification, rising sea levels, or greatly increased storm activity might harm significant parts of other, perhaps larger, states to such a degree that they can only safely materially support a small fraction of their current population. In such cases, presumptively temporary protection of the sort discussed above will not do. I have elsewhere argued that in such cases we should extend the protections offered by the Refugee Convention to those at risk of such harms, as they are in a situation that is normatively very similar to Convention refugees – although these “climate change refugees” do not face persecution, like Convention refugees they face harms of indefinite duration that can only safely and effectively be solved by providing them access to membership in a new state. In the same paper, I argued that such protection should be given on an “individual” basis, allowing individuals to join a new, safe, society, much like the current Convention refugee protection does, while Cara Nine and others have argued that what is called for is a transfer of territory, to allow the group as a whole to re-create the society left uninhabitable. I will not here return to my arguments for favouring an individual approach, but will simply note that, for at least some people forced to flee their homes and states because of climate change, only permanent access to a new state of some sort will allow them to live decent lives.

There are few reasons to feel optimistic about climate change. Few, if any, large states are doing enough, and many are actively taking steps that will make climate change worse and happen faster. While we may hope this will change, there is little reason to think it will change so quickly that we can avoid the reality of large numbers of people being forced from their homes and having to flee – internally or internationally – because of this danger. However, even if this danger cannot easily be avoided at this point, we can reduce the harms by thinking carefully about how to respond to the dangers we face. In this brief post I have tried to sketch out some of the main considerations, so as to provide a framework for going forward.